Adoption is a very compassionate act, for one to perform. Usually couples and single women are allowed to adopt a child legally in India, in case of single men, they can only adopt boys as per the laws. There are various kinds of adoptions that can take place like Adoption the agency or Adoption as step parents, adoption as grandparents is also one of them.

Many a times adoption is usually associated with young couples or single women/men , but now a days the times have changed and the cases of adoption by grandparents is quite normal.in some cases, older couples have this feeling of experience parenthood once again thus they can adopt a grandchild, and in other cases it is the needful thing to do as per the demand of the situation.

There may be situations when grandparents are required to act as caregivers, but not necessarily go for adoption, in case of  a life threat from the parents to the child or in the  case of death of both the parents, the grandparents may adopt the child. In case the child need an adult to make his/her decision and the biological parents are either not willing to do so or are unable to do the needful then the grandparents have the right to approach the court and ask the parents to give their legal parental rights so that they can adopt the grandchild and exercise the rights of a parent.

In India the Hindu Law governs the adoption process, and as per the provisions of the Hindu Adoption and Maintenance Act 1965, the grandparents or great grandparents can adopt a child, but the gender of the child may not be the same as their biological grand / great grandchild living at that moment. And the adopting parent must be at least 21 years older than the child.

Let us know about the documents which are required for adoption:

There may be requirements for other documents but it solely depends on the discretion of the court. There is a procedure that is needed to be followed by the couple in order to adopt the child among these steps that are followed the very first one is the registration of the couple in Recognized Indian Placement Agency (RIPA) or Special Adoption Agency (SPA), without this registration the couple is not eligible for adoption. After the registration the social worker and the agency will go to the couple for counseling and refer them in case of availability of the child for adoption. Then, once there is a child, then the couple needs to interact with the child and get comfortable after which they will file the petition for adoption. After which the parents will go to a pre-adoption foster care with the child in order to have a better understanding of the child.

Then the court hearing will take place where the judge asks about the amount of money the  parent / parents are ready to invest in the child’s care, this is followed by the court order after the showing the receipt of the investment. Once the order is passed, the parents can execute their parental rights and for at least two years they are required to submit a report regarding the well-being of the child to the court.

Polish you Agility and Skills with Sports Shoes

What can Sunglasses be used for Aside from Sun Protection? 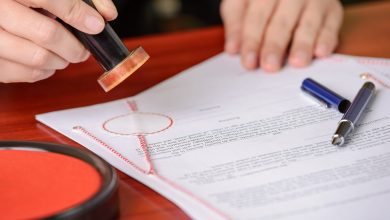 How does an Apostille Certificate can help you?